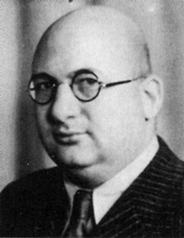 Otto Herbert Bauer was born as the son of the Hamburg lawyer Dr. Hermann Bauer (18591919) and his wife Selma, née Boas (18681937), in Hamburg-Rotherbaum. His birth certificate shows an entry indicating his parents Jewish religious affiliation. His father had a law office on Kaiser-Wilhelm-Straße. He was a deputy of the Hamburg city parliament from 1902 to 1904 and from 1906 to 1919. In 1904, the family lived at Gellertstraße 9 and moved from there to Maria-Louisen-Straße 6. Son Otto attended the private boys school run by Adolph Thomsen from Easter of 1902 until Easter of 1905 and subsequently, the Academic School of the Johanneum high school (Gelehrtenschule des Johanneums) until the summer of 1912. He left the school in grade 11 to start a job in the banking and shipping business of Richard Boas & Co., founded in 1901 and located on Alsterdamm. The companys (co-) owner was probably his uncle. He worked there as a trainee and later as a commercial clerk.

On 14 Aug. 1914, Otto Bauer enlisted in the armed forces as a volunteer, sustaining injuries from a shot in his upper arm in Jan. 1915. After symptoms of paralysis had appeared in his left hand, he was discharged from military service as "temporarily unfit in Dec. 1915. His bother Gerhard, also a war volunteer, was killed at "Côte 304 ("Höhe 304) before Verdun in May 1916.

Following his discharge, Otto Bauer went back to take the exam for his high school diploma (Abitur), which he passed in Jan. 1917 at the Cuxhaven Höhere Staatsschule. Afterwards, he studied law at the universities of Munich, Heidelberg, and Leipzig. In Leipzig, he obtained his doctorate in law in 1922. In July 1928, he received his license to practice law, operating a law firm in various representative office buildings in Hamburgs city center: in 1928/1929, at Mönckebergstraße 812 (Barkhof Haus 3); from 1930 to 1932, at Spitalerstraße 10 (Semperhaus A); from 1933 to 1936, at Dammtorstraße 1415; in 1937, at Neuer Wall 2628; and in 1938, at Schauenburgerstraße 14. The official phone directories list his residential address as "de Chapeaurougestraße 51 in Wohldorf-Ohlstedt (renamed Waldgraben in 1939, today, Alte Dorfstraße). His mother lived there as well. In 1931, he appeared in the directory with a residential address at Krohnskamp 78.

On 25 June 1932, Otto Bauer and his wife Gertrud, née Jacoby, a native of Berlin, took out an ad in the Hamburger Fremdenblatt to announce their marriage. Their daughter Ruth-Ingrid was born on 27 May 1933 in Hamburg. From at least 1936 until 1940, the Bauer family lived on the ground floor of the three-storey corner house at Körnerstraße 3/Mühlenkamp built in 1908, whose backyard garden leads to the "Lange Zug tributary of the Alster River. In 1934, it had been converted into a multi-family home.

"The license to practice law in Hamburg will not be withdrawn, stated a preprinted letter to Otto Bauer dated 31 May 1933, since he still enjoyed certain privileges as a veteran combatant of World War I. On 30 Nov. 1938, he eventually was not allowed to practice as a lawyer after all. In order to be able to continue working at least for Jewish clients, he had already applied for his license as a "Jewish legal adviser (Konsulent) on 1 Nov. 1938.

This license was not granted, even though in repeated applications he pointed to his war decorations (Iron Cross Second Class, Hanseatic Cross, Wound Badge, and the Honor Cross for Front-Line Veterans), his conservative political views (member of the German Peoples Party [DVP] from 1919 until 1923), and the religious affiliation with the Christian church he had obtained by then. In Aug. 1939, the presiding judge of the Hanseatic Higher Regional Court (Hanseatisches Oberlandesgericht) made inquiries with the Gestapo in Hamburg about Otto Bauer. Although their reply was positive  "In political terms, nothing unfavorable has surfaced about Bauer. () There are no objections against licensing Bauer as a Jewish legal adviser  the court refused to grant the license. This position was confirmed on 1 Nov. 1940 by another negative notification to Otto Bauer. In Dec. 1938, he had to sell one of the inherited houses in Hamburg-Eppendorf. In 1939, the phone directory no longer showed the addition "lawyer to his name nor the address of his practice. By 1941, there was no entry at all any more, since Jews were banned from owning phones.

In 1942, Otto Bauer was arrested on some unknown pretext and committed to the Fuhlsbüttel concentration camp. On 27 Aug. 1942, the deportation to the Austrian Mauthausen concentration camp followed, with the transport arriving there between 1 and 5 Sept. 1942. The cause of Otto Bauers death noted only a few days afterward by the chief SS doctor (SS-Standortarzt) was "suicide through the effects of high-voltage current  to what extent this officially stated cause corresponded to the actual cause of death is subject to mere conjecture.