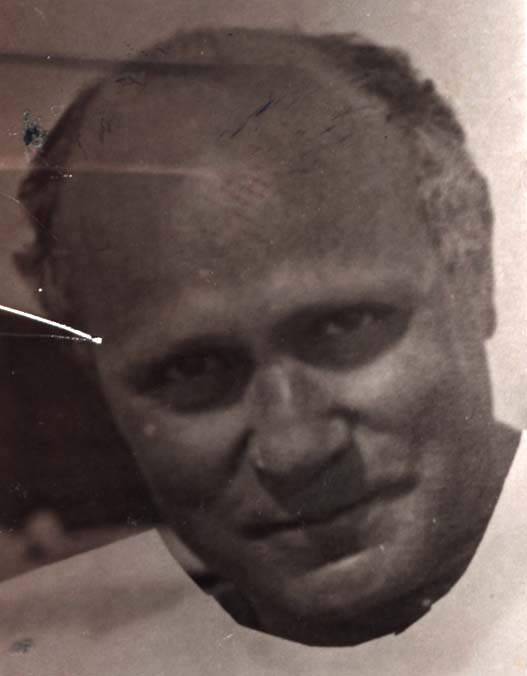 Günther Brann, son of Joseph and Blanda Brann, neé Wolff came from Berlin, where he had attended the classical grammar school Köllner Gymnasium. He studied medicine and registered as doctor in 1918. Initially he taught as a specialist for skin and veneral diseases at Rostock University. He married his student Lilli Appel, born in Altona on 25 Feb. 1898. They had two sons. The younger son Conrad Max Benedict was born on 20 July 1925. In 1928 the family moved to Altona where Brann took over his fathers surgery at Schillerstraße 40. The family also lived in this house. Later they moved to an apartment at Museumsstraße 18. He opened a second surgery at Collonaden. Furthermore, Brann was consultant senior physician at the hospital Harburger Krankenhaus.

In the Brann family their Jewish origin did not play a role any more: Günther Brann and his wife had gotten baptized. Nevertheless, Günther Brann lost his position at the Harburger Krankenhaus because of his Jewish origin. The Law for the Restoration of the Professional Civil Service (Gesetz zur Wiederherstellung des Berufsbeamtentums) promulgated on 7 Apr. 1933 intended the dismissal of "non-Aryan" civil servants.

The directory of Altona from 1937 registered "Dr. Günther Brann" as private lecturer off duty and as senior physician off duty, but with a surgery at Große Bergstraße 209. The family had in the meantime moved to Friedensallee 269. The older son  born approximately in 1920  attended a boarding school in the Netherlands maintained by Quakers. The younger son Conrad Max attended the Rudolf-Steiner School in Othmarschen.

Conrad Max Brann describes his father as "a little bit Prussian, as a very sophisticated German playing the violin and loving Goethes "Italian Journey. Perhaps this was a decisive factor for the choice of the country for emigration. Because when he was deprived of his professional existence, Günther Brann decided to emigrate to Italy.

On 2 June 1936 he left Germany in order to build a new existence for the family in Rome. In the meantime his wife had completed an apprenticeship in a travel agency in Bahrenfeld and was working in this sector which enabled her to obtain free tickets for travels to foreign countries. In 1937 she and the son Conrad Max followed. The older son managed to emigrate from the Netherlands to the USA in 1938.

But very soon after the alliance between Hitler and Mussolini was consolidated, also in Italy the family was threatened by the National Socialist persecution of the Jews. The parents sent the 13year old son Conrad Max by train from Rome to a Cousin in Paris. From there, an uncle brought him to London. The parents prepared emigration to the USA via Holland. In the beginning of 1939 they travelled to Amsterdam in order to leave Europe from there by passage on ship. The outbreak of the war, however, blocked the plans. The Netherlands were occupied. The Branns went into illegality, but were betrayed. Günther Brann was interned at Westerbork. It was one of the central transit camps for the deportation of Dutch Jews established by the National Socialist occupants. Every Tuesday a goods train left Westerbork and deported the Jews to the extermination camps Auschwitz-Birkenau and Sobibor. The journey lasted approximately three days. Altogether more than 107000 Jews were deported from Westerbork by train in the years 1942 to 1944.