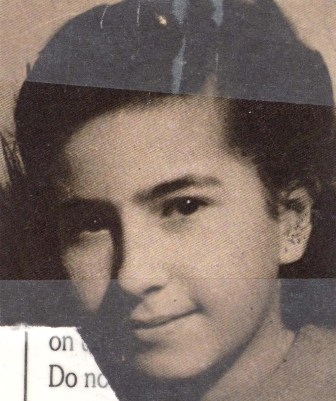 Anna und Chaim Abraham Apteker (10 Apr. 1857-17 Apr. 1924) and their four children  Heinrich (*8 Feb. 1887), Nathan (*3 Jan. 1895), Julius (*1 May 1897) and Robin (*24 June 1899)  were among the Jewish families that migrated to Harburg and settled there in the late 19th and early 20th centuries. Nathan and Julius fought in the First World War in the Imperial Army. After he returned to Harburg, Nathan married Editha Goldmann, who was also from Harburg and from a Jewish family. The young couple moved into an apartment at Heinrichstraße 8 (modern-day Rieckhoffstraße), where their daughter Lisette grew up. After the death of his father, Nathans mother moved in with them. With the help of his father-in-law, he opened a hosiery shop in Harburg soon after his marriage, but had to give it up during the Great Depression. Fortunately, he was able to find employment at the KEPA department store in Harburg.

As both a Social Democrat and a Jew, Nathan Apteker was doubly dubious for the Nazis. His employer fired him on 1 April 1933.

He had no illusions about his future in a National Socialist Germany, so he fled with his wife and daughter to Belgium on 1 September 1933. His mother followed two weeks later. The refugees were able to get on their feet fairly quickly. Nathan Apteker soon opened a small restaurant in Antwerp, together with his brother-in-law Curt-Julius Goldmann, who had also fled from Germany. On 6 November 1934 the family celebrated the birth of Susanne Apteker.

Their happiness ended when German troops marched into Belgium on 10 May 1940. The family fled to northern France, but Nathan and his family returned a few weeks later. While they were gone their restaurant had been completely destroyed. He was no longer allowed to run his restaurant, nor to take any other permanent paid employment. How was he to support his family? There was nothing to do but give up their apartment and move into a smaller one. The little money that Nathan was able to earn with odd jobs was hardly enough for the bare necessities.

The situation worsened when the occupation forces ordered the formation of a Jews Council, the Association des Juifs en Belgique. With the Councils help, the German military administration in Belgium implemented the Reich Security Main Offices (Reichsicherheitshauptamt, RSHA) decision to deport 10,000 stateless Jews from Belgium to death camps in the eastern regions of the Reich. The village of Mechelen (Malines) in Flanders was chosen as the starting point for these transports, since it was ideally situated between Brussels and Antwerp, the cities where most Jews in Belgium lived.

On the edge of the medieval city center was a barracks, built in 1756 and named for General Dossin. It had room for one thousand people and had its own rail siding. La caserne Dossin became the Mechelen Transit Camp on 27 July 1942, when the first transport of Jews arrived there. Nathan Apteker and his family arrived eight months later, on 7 April 1943. The names of the six family members were registered under the numbers 1390-1395.

By the time they arrived in Mechelen, 19 deportation trains with 18492 Jews had already left the transit camp for Auschwitz. Since neither children nor the elderly were spared, those interned at the camp soon began to doubt the official story that they were being taken to work camps in the East. It was not uncommon that people tried to escape from the transports on the way to Auschwitz.

On the evening of 17 April 1943, the more than 1500 people interned at the Mechelen transit camp learned that the twentieth transport, destined for a work camp in Poland, was planned for Monday, 19 April. On that morning a freight train rolled into the camp. It took a whole day to load all of the cars. One survivor remembers these hours before departure: "The fear that day was so thick you could almost touch it. We didnt know what awaited us. Would it get better? Maybe we really were going to a work camp. Or would it be worse?

Train No. 801, with 30 cars, left the Mechelen transit camp at 10pm, on schedule. An hour later it was stopped between Hacht and Boortmeerbeek by a red signal lantern waved by Joura Livchitz, a Jewish student. After the train had stopped, his two friends Jean Franklemon and Robert Maistriau stormed up the railroad embankment under cover of the darkness and opened the doors on as many of the freight cars as possible. The guards didnt realize that it was only three people who had held up the train, and opened fire on the students and the first of those who were able to flee. A total of 17 people took the unexpected chance to escape. Despite the heightened security after the hold-up, 214 more people were able to escape the death train to Auschwitz during the rest of the night. 23 of them died in the hail of bullets fired by the guards, the others survived thanks to the many brave Belgians who helped them.

Nathan Apteker and his family were not among those saved. Their train arrived in Auschwitz on 22 April. After the selection, 245 women and 276 men were sent as prisoners to the camp, the other 879 people were sent immediately to the gas chambers to be killed. Among them were Anna, Charles, Editha, Lisette and Susanne Apteker. They were officially declared dead on 28 March 1949 by the Harburg district court. The date of death was given as 8 May 1945.

Nathan Apteker and 14 others from his transport survived the difficult time in the camp. After the war he returned to Antwerp, a broken man. He worked as a tutor in a home for Jewish orphans, and later started a new family.