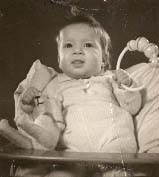 When Cohn was born in Friedland in Mecklenburg, the town had approximately 500 inhabitants. The town lies about halfway between Neubrandenburg and Anklam. Marthas parents names were Salomon and Friedchen Cohen, maiden name Lychenheim. Martha married the same-aged decorator Alfred Brager from Hamburg in Lübeck and lived with him in Hamburg. She had no training in a trade or profession. According to an entry on the municipal tax card file the Jewish married couple had six children: Siegmund (born 5 Aug. 1911), Gretchen (born 16 Aug. 1912) Ivan (born 3 Oct. 1913, Sally (born 26 Jan. 1915), Frieda (born 7 Nov. 1916) and the late arrival Werner (born 30 Apr. 1922). Alfred Brager died in Jan. 1927 at the age of 49.

The family were orthodox, lived according to the rules of their religion and performed tasks for the Jewish community. As a result the surviving daughter Gretchen indicated that she had problems during her apprenticeship. She was not allowed to work on Saturdays  on the Sabbath  and as a result her apprenticeship period was extended. A brother of the head of the family Alfred, David Brager, was the "first civil servant of the funeral fraternity of the German- Israeli community. A funeral fraternity had to guarantee that a Jew was buried according to the religious laws.
The flat on the third floor in Kielerort Allee 22 further indicated that they had an orthodox lifestyle. The Oppenheimer seminary belonged to the former Oppenheimer Foundation, whose aim was to assign vacant flats to those members of the German-Israeli community who were in need. Here only orthodox applicants, on the condition that their lifestyle followed Jewish ritual law, were admitted. The five-storey semi-detached house in Kielort Allee 22/24 was established in the years 1907 to 1908 and contained 23 two to three-roomed flats. A synagogue was integrated on the courtyard side of the building. It was the bounden duty of the occupants to call on the house of prayer for all the church services, which meant they were required to appear for the daily morning and evening church services as well as attending three times on the Sabbath. Every Sunday the Rabbi Lichtig gave lectures. In the 1940s the building was declared to be a "Jewish Establishment. The Brager family had been living there long before 1933.

The oldest son Siegmund Brager was born in Hamburg on 5 Aug. 1911. He was married to Liesel, maiden name Hirschberg, from Zwesten in Hessen. Zwesten is Bad Zwesten today after the territorial reform of 1972 combined it with several communities. The names of the parents of Liesel Brager were Hermann Hirschberg and Cecilia Hirschberg, maiden name Levy. The Hirschberg family were well-known in Zwesten, and many people of that name were victims of the Shoah. Siegmund was a commercial clerk by profession, storeman and  according to the deportation lists  servant. It can be assumed that the married couple after their marriage moved to Grindel Allee 33 I, then later to Schlegels Weg 12 in Eilbek. They had a daughter Bela, who was born on 23 Sep. 1940. (The first name Bela can be found in a publicised list of permissible female Jewish first names.) The family of three were deported from Hamburg to Minsk on 18 Nov. 1941. The address given on the deportation list was Schlegels Weg 12.

The daughter Gretchen was a seamstress and ran the household of her mother before her marriage. In April 19238 she married her twelve-year-older cousin Ernst Brager. From June to September 1938 he was interned in the concentration camp of Sachsenhausen and then for a further four weeks from Nov. to Dec. 1938. He was only released under the condition that he leave the country. In Dec. 1938 they both made an application to emigrate and were issued with a clearance certificate. Ernst Brager lived at the time in Innocentia Straße 37, but shortly before his emigration they both lived with the mother in Kielort Allee 22. The original plan was to emigrate to the U.S.A. They in fact immigrated to London. Ernst reached England via Paris with a forged visa, Gretchen travelled from Hamburg to Le Havre, where she met her husband. The couple had no resources at the time. A part of the household goods, which was acquired on the occasion of the wedding, had to be sold off cheaply under the pressure of the circumstances. The modest remains of the household goods were packed and stored by the shipping agent E. Gaertner and Co.

The son Ivan Brager was a butcher by profession. An entry in the ministerial tax file indicated that he left Hamburg in 1932. In November 1942 Ivan was deported to Riga where he survived. On his arrival in Riga he was chosen, together with 72 other young men, to construct the Kaiserwald camp in a suburb of Riga. He later joined a section of the SS in which motor vehicles were repaired. His compensation file no longer exists, but on the index card that goes with it his date of death was recorded as 2. Jun. 1971. Ivan was married to Franziska Brager.

The son of Sally Brager worked as the school janitor in the Talmud Tora School until its closure. He lived in Grindelhof 80, later in Grindelhof 38 and finally in Rutschbahn 25a, House 3. In Feb. 1939 he married Ilse Abrahams, who same from an East Frisian family of butchers and livestock dealers. Several members of the family had moved to Hamburg. Their marriage was one of the last that the chief Rabbi Carlebach carried out. They celebrated in the company of family and friends at Ilses brother Moritz Abrahams (see ref. to the married couple Neugarten and Beit family), who occupied a flat on the corner of Rutschbahn and Grindel Allee. The main topic of conversation at the celebration was emigration. Later that day the wedding party were startled by HJ and SA who shouted furiously while marching through the Grindel area.

On 24 Nov.1940 their son Ariel was born. Stumbling blocks for Sally, Ilse and Ariel can be found in front of the school. All three of them were deported to Minsk on 18 Nov. 1941.

The daughter Frieda Brager lived with her parents in Kielort Allee 22. She was unmarried and worked in Hamburg as a maidservant, later as a saleswoman for furniture fabrics. In 1939 she applied to emigrate to Holland. After the clearance certificate had been issued by the Hamburg authorities her departure from the country was approved. She was seen as having no means and received a suitcase, a pair of shoes, a coloured smock and a benefit of 50 Reichsmark (RM) from the Jewish Relief Association in Germany. She started her journey with only 10 RM on her. In April 1939 she was registered as a resident of Amsterdam, found a job with the family of Abraham Sarfatij in Hoendip Straat 9 and remained in this household. On 20 Apr. 1939 she was taken to the Westerbork transit camp, was then deported from there to the Sobibor extermination camp on 27 Apr. 1943 and murdered on 30 Apr. 1943. Furthermore Abraham Sarfatij and his family, his wife and six children were deported to the Auschwitz or Sobibor extermination camp.

The youngest son Werner Brager, born on 30 Apr. 1922 in Hamburg, also resided in Kielort Allee 22. He worked at the Jewish cemetery on the Ilandkoppel and was deported together with his mother to Minsk. From the two of them and from the deported family of his brother Siegmund, who were deported ten days later, there is no evidence of any further signs of life.