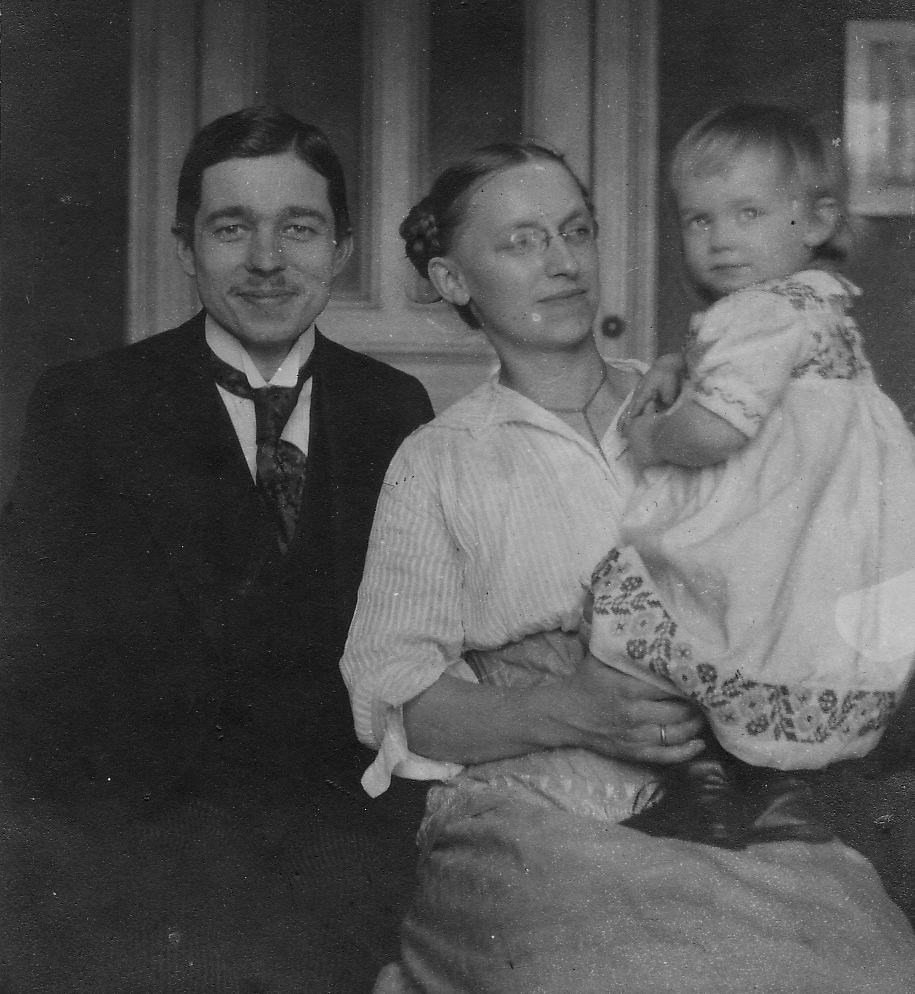 As a member of parliament, Studienrat Kurt Adam was particularly committed to Hamburg´s education policy. Due to that, he was considered to being an expert for finance and tax matters within the Social Democratic fraction of the Hamburg Parliament (Bürgerschaft), and continuously commented also on matters of social policy. This reflects on his versatile interest which by far exceeded his pure job-related concerns for reform of the education system of the City of Hamburg. Kurt Adams was a parliamentarian par excellence: he knew how to use his broad knowledge about various fields of politics and to present his opinion against the political opponent, making his position clear emphatically if he deemed it necessary. Between the years 1924 and 1933  the year Hamburg´s parliament was forcibly coordinated in what was called "Gleichschaltung"  he was a highly important person for the Social Democratic Fraction of Parliament.

Kurt Adams was born in Hamburg on 15 Dec. 1889 as son of the merchant Richard Adams. He began school at Realschule "Vor dem Lübeckertor" on Easter 1896. In 1905 he finished with a degree for one-year voluntary service, spent half a year in Paris, and in late Sep. he enrolled at the higher secondary school Oberrealschule "Auf der Uhlenhorst". Three years later he finished the school with the final exam. After that Kurt Adams began his studies in German, French, and history. He studied one respective semester in Göttingen, Freiburg i. B., and in Berlin, and finally he spent four semesters in Greifswald, where he finished his education with a PhD. for his dissertation about "Otto Ludwig´s Theorie on Drama".

His professional career began in 1913 when he went into teaching in Hamburg. Initially, Adams was candidate, and since 1918 senior teacher at the higher secondary school Oberrealschule "Vor dem Holstentor" which is today "Albrecht-Thaer-Gymnasium". He taught German, French, and history. His educational ideals were based on the findings of the progressive educational movement; in class, he adapted the concept of "joint lessons" and tried  by interdisciplinary teaching  to base corporative learning on the everyday experiences of his students.

He was similarly committed to the Hamburg laboratory schools founded in 1919. These schools advocated the idea to create self-governed, collegially lead comprehensive schools; these schools were especially demanded by elementary teachers.

Adams taught at the "Tieloh Süd" school at Barmbek. In 1926 he sat in on an examination of three other laboratory schools at Telemannstraße, Breitenfelder Straße, and Berliner Tor in his position as a member of the school advisory board. Also in parliament, Adams persistently deputised for the interests of the Hamburg education system. He was as much interested in practical matters  as for example the replacement of old heating systems or the restauration of buildings  as in educational and conceptional matters.

Adams campaigned for the abolition of corporal punishment, for reduction of hours in school for students per week to 41, and for the promotion of school trips and excursions. He openly admitted in parliament that he deemed the common activity of the students to be more important than the "education clutter which has been spreading among our high schools for the last years". This opinion was highly criticized by the association of philologs; the association had its most important advocates in parliament among the members of the German National Party at the time.)

Being a Social Democrat and expert in education matters, he was particularly interested in limiting the influence of social injustice on the opportunities for education  the claim for the abolition of school fees and the demand for an increase of Hamburg´s administrative support for education are to be mentioned here pars pro toto. While Member of Parliament, Adams was also member of the school advisory board and education authority, and due to that he volunteered as a youth assistant. When elections were held for the Reichstag in 1928 and 1930, he was set on one of the last numbers of the party list  a position hopeless at the outset.

Next to his activity in parliament, Adams was committed to the Social Democratic Movement "Kindefreundbewegung" of the 1920s. He was its leader in Hamburg and for a while he was also member of board of the Reich project group. In this role, he stayed in contact to various representatives of Socialist youth movements abroad. Particularly good were connections to the Social Democratic youth movements in Denmark, France, and Austria. Already shortly after he went into teaching in Hamburg, he also joined the "association of the friends of the patriotic school and education system". Since 1919 he was active in the project group of Social Democratic teachers and he directed its local group in Hamburg for several years.

In Oct. 1929 Kurt Adams took over the management of the Hamburg´s adult education centre. In this role he managed to not only maintain adult education even in the difficult times of the Great Depression, but even to emphasize many of its important features. Immediately after the took charge of his post, he tried to offer courses which were more focussed on listening; this he did after having gained knowledge about the reasons for visiting adult education courses based on a survey conducted in the winter term 1929/30 and the summer term 1930. He especially emphasized the importance of collective learning: the didactic credo of this Social Democratic progressive educationalist was to move "away from the lecture towards the teamwork". In an article published in 1931 he claimed the creation of tolerance and "sense of responsibility for the community" to be the main goals of adult education. His success was not least reflected in the increasing numbers of listeners: While in 1928/1929 approximately 10 000 listeners enrolled, in 1932/33 more than 15 000 people in Hamburg visited a course.

When the last democratically elected Hamburg parliament was reorganized according to the result of the elections for the Reichstag on 5 Mar. 1933, Kurt Adams lost his parliamentary mandate. On 7 Apr. 1933 the employment ban for Social Democratic politicians as members of the Social Democratic party  the party for "traitors to the fatherland"  was implemented in accordance to the Law for the Restoration of the Professional Civil Service (Gesetz zur Wiederherstellung des Berufsbeamtentums).

Adams followed the advice of the Social Democratic Party and left the party with an eye to his position as a civil servant. Nevertheless, he was dismissed from the Hamburg civil service on 23 June 1933, aged 44.

Kurt Adams refused to publicly abandon his political opinion and thus did not meet the requirements given by "Reich Governor" ("Reichsstatthalter") Karl Kaufmann in order to be re-employed.

The employment ban meant financial difficulties for Kurt Adams and his family. He initially tried to increase his modest retirement pension  having to feed his ill wife and the three children all still at school  as an advertising promoter for cinema magazines. His acquaintance, the coffee importer Willy Heydorn who had attended courses at the centre for adult education in Hamburg in 1931/32, helped Adams to become self-employed.

Kurt Adams opened a mail-order business for coffee at the wooden bridge at the Nicolai-Fleet. From there, he delivered his goods to customers mainly belonging to his big circle of acquaintances. Soon, these contacts to politically like-minded people made the small business at Nikolai-Fleet to become a centre for the distribution of illegal, political pamphlets, and a point of contact for members of the Social Democratic and Communist resistance in Hamburg. Taking a high risk, Adams carried hidden writings between the coffee bags he delivered to the customers. He passed on information and helped others who were in need because they were persecuted, for example the former teacher and Communist Member of Parliament Hermann Hoefer. Later, Hoefer helped to place Adams at Marienau boarding school as commercial employee.

Although Kurt Adams himself was never a member of a resistance organisation, he offered active resistance in a similar way as the group surrounding his colleague at parliament Walter Schedemann. It seems that he also stayed in contact with the group in 1933 and 1934.

From the late 1930s Kurt Adams became seriously ill. In addition, his son´s death  he fell at the Eastern Front in Sep. 1941  ran hard on him. Adams was arrested after the attempted assassination on Hitler on 20 July 1944 in the course of the so-called "Action Thunderstorm" (Aktion "Gewitter").

Shortly before this country-wide wave of arrests, Adams had a difficult bladder-operation and afterwards went to Dessau to his cousin in order to recover. He was arrested in Greiz, Thuringia, which he was visiting from Dessau that day. He had gone there to support the father of one of his son´s friends in a legal dispute.

Having been arrested in Thuringia, Adams was deported to the then already utterly overcrowded Ettersberg Concentration Camp  approximately 84 000 people were imprisoned there  near Weimar on 28 Aug. 1944. According to reports of survivors of the Buchenwald Concentration Camp, Kurt Adams "could not deal with the exertions of work, malnutrition, and the cold, having only poor and thin clothing". After only a short while he fell sick with a pneumonia and encephalitis. At the instigation of the illegal Camp Organisation  mainly consisting of political prisoners  and the administration of prisoners which based on the illegal Camp Organisation, he was moved to the "infirmary". Here, he was looked after by the former Reichstag deputy Hermann Brill; in the last weeks of Adams life they stayed in close contact. Six weeks after the arrest Kurt Adams died on 7 Oct. 1944 aged 54 as a result of the inhumane conditions of imprisonment and due to the "extermination through labour" planned and implemented by the National Socialist authorities.

In memory of the former SPD Member of Parliament of Hamburg a square at Lohbrügge is named after him.