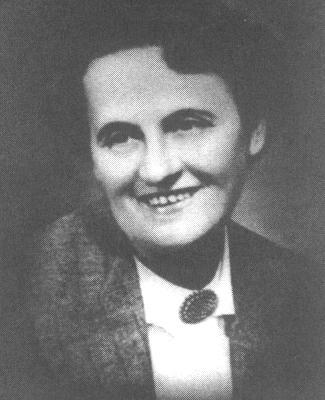 The apartments of the David family in Hamburg were located at Parkallee 10, where son Franz Werner was born, and later at Jungfrauenthal 20. After the "Nuremberg laws [on race] prohibited the Davids from employing domestic servants, maintaining this large home became too difficult for them, and so they moved to a smaller apartment at Curschmannstrasse 6. However, by order of the authorities, they had to leave this apartment, too, and they were quartered in the cramped conditions of a so-called "Jews house ("Judenhaus) at Heimhuder Strasse 70. By that time, the sons had already left their hometown.

Bernhard David had been in hospital due to a severe heart condition since June 1942 when Elfriede David received orders by the Gestapo to stand by for deportation to Theresienstadt. She drew the last consequence for herself, taking her own life with an overdose of sleeping pills on 14 July 1942. A few days later, on 23 July 1942, her husband died as well.


Farewell letter by Elfriede David
Written in Hamburg in July 1942

My dearly beloved children:
When you receive this letter, I will probably have been asleep for a long time, but before then, I must speak with you once more; you cannot imagine how much we were tormented. Moreover, your daddy has been seriously ill for six weeks, his end is near.

Now we will be evacuated this week, and I will be forced to go along. Daddy is supposed to stay here by himself, it is horrible, and he is not to know about it. When I think of what they do with you there, then I believe it is better in the end to take your Veronal and go to sleep peacefully.

You need not be sorry about it; I would have loved to see you, my beloved children, once more. You are in my thoughts until the very end, my sweet Charlie, my beloved Franz, my dear, dear Walter, my good Luise, may happiness be yours! May fate protect you from such violence!
I kiss you
In love, Mom