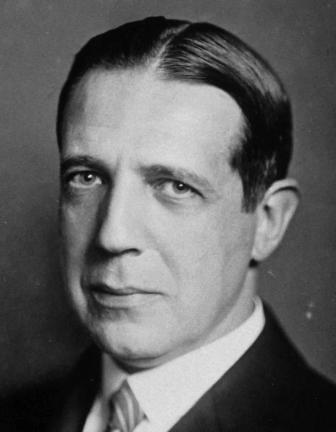 On the morning of 11 July 1942, Robert Bachmanns then 13-year-old son, Claus Henning, received a phone by his father, requesting him to bring his fathers gold watch and two pieces of jewelry to him. While the son was mistakenly waiting in front of the wrong house, his father passed by him on a truck as a helpless victim, "huddled together with others. It was the last time father and son saw each other. That same month, the son became an outcast, as a "half-Jew ("jüdischer Mischling) he was forced to leave his school.

The deported father had been born as the oldest child of the traveling salesman Abraham Adolf Bachmann and his wife Helene Bachmann, née Behrens, in Hamburg. In the years following, the couple had three more children.

After his school education, Robert Bachmann studied law in Kiel and Rostock. In 1906, he earned a doctorate with a thesis entitled "Das Recht aus einem Vertrage zu Gunsten Dritter und seine Zurückweisung seitens des Dritten ("The right arising from a contract to the benefit of a third party and its rejection by the third party). After taking his oath as a lawyer, he set up his law practice in Hamburg in 1909. Apart from his successful career as a lawyer, he also worked as legal counsel for major Hamburg companies.

Robert Bachmann was married in his first marriage to an "Aryan woman who died of tuberculosis (her date of death is unknown to us). The marriage produced two children: Jutta, born on 24 Nov. 1913, subsequent married name Benöhr, and Ingrid Ruth, born on 10 Dec. 1914, subsequent married name van Korff. Since the onset of their mothers illness, both girls lived with their aunt, Käthe Bachmann, their fathers sister, who had been born the youngest child of Abraham and Helene Bachmann on 19 Mar. 1893. Käthe was baptized a Protestant.

In his second marriage, Robert Bachmann was married since 1925 to the non-Jewish Sophia, née Schacht, born in 1880. On 2 Sept. 1928, son Claus Henning was born. The family enjoyed an upper-class lifestyle with several domestic servants in their home at Parkallee 74, with Mrs. Bachmann attaching great importance to social life. For instance, the baptism of their son was celebrated at the "Four Seasons hotel. Robert Bachmann immersed himself "rather in his files, though also opening up to his son "a world of classical education.

On 10 Mar. 1933, Robert Bachmann had himself baptized a Protestant, hoping that the conversion might be beneficial to him and his son. He also made over the villa he had purchased to his wife in order to avoid a possible expropriation.

The disaster took its course nonetheless. The "Aryan wife separated from her husband, the divorce taking place on 12 Jan. 1939 based on the (then usual) grounds that the husband "had engaged in culpable conduct, as a result of which the marriage was profoundly broken. Thus, his wife deprived him  although she could not have known so at the time  of the protection afforded by a "privileged mixed marriage, and he became a person without rights. After the divorce, Robert Bachmann lived at Moltkestrasse 19 as a subtenant at Arons. Subsequently, he moved to Geffckenstrasse 6, where many Jewish men and women lived together, in some cases in one room. On 13 Feb. 1939, his former wife, just recently divorced, married Ernst Wichert, a "jurist devoted to the Nazis in a senior public position, as Claus Henning Bachmann reported later.

As a Jewish lawyer, Robert Bachmann had to give up his profession. He received a letter to that effect from the Higher Regional Court (Oberlandesgericht  OLG) on 18 July 1938. He pleaded for leniency since he had been married both in his first and his second marriage to an "Aryan woman. His request was refused. Eventually, he was forced to give up his work as a lawyer as of 30 Nov. 1938. "He was asked by his colleague, Dr. Gerson, to clear his office very swiftly. Bachmanns financial situation became increasingly difficult, "allowing him to keep afloatat a very primitive level only during the following years. After the forced abandonment of his law practice, he submitted an application to work as a "Jewish legal adviser ("Konsulent), but the application was turned down. "On 3 Apr. 1939, [he] got permission until revoked to work as an agent for transporting Jewish emigrants. However, permission to carry out this activity was already withdrawn again by the end of September.

Meanwhile, the Gestapo had taken him into "protective custody to the Fuhlsbüttel police prison from 22 May to 10 June 1939 for "aggravated procuring. Afterwards, he was detained at the Hamburg pretrial detention facility from 10 June to 3 Nov. 1939. Due to lack of evidence, he was acquitted, though being taken into "protective custody again from 18 Feb. to 2 Apr. and from 10 to 11 July 1942. Cynically, for Robert Bachmanns name the files show under the rubric of "discharges for 11 July 1942 the entry "released. That day, he was taken directly from the police prison to Hartungstrasse 9/11, where Jewish men and women had to appear upon receiving the deportation order, and he was in all probability deported from there to Auschwitz and likely murdered immediately. His personal belongings were auctioned off on 24 Sept. 1942.

Only few details are known about Robert Bachmanns siblings:
Franz, born on 2 Jan. 1888, was married and worked for the Jewish private bank Lisser & Rosenkranz, at Neuer Wall 10, later at Am Gänsemarkt 10. He left the Jewish Community in 1929 because he changed his place of residence. It was not possible to clarify whether Franz emigrated.

Henry, born on 11 Apr. 1891, was employed since 1920 as a sales representative for Seligmann jr. Häute-Import [an importer of hides] at Mattentwiete 2. From 1922 until 1931, he was also a partner in the company. It was not possible to determine why his power of attorney lapsed on 9 Oct. 1931. Henry was married to Herta, née Cohen, born on 25 Sept. 1895. The marriage produced daughter Petra, born on 23 Mar. 1921. Together with his family he lived at Alsterkamp 32d, a well-to-do residential area. On 22 Apr. 1936, Henry emigrated with his family to South Africa, where he died early.

Roberts mother, Helene Bachmann, née Behrens, was born on 13 May 1860 in Altona. Her parents were Sara, née Kulcuker [not clearly legible in document], and Hermann Behrens. The family hailed from Thuringia, where Helenes father worked as a fur trader. When Helene came to Hamburg is not known.

She married Albrecht Adolf Bachmann, who was also employed at A. Seligmann jr. Häute-Import [an importer of hides]. The marriage produced four children.

Hermann Behrens probably died in 1925. According to a note in the Jewish religious tax (Kultussteuer) card file, Helene was "without income from 1925 to 1935. Since the family was quite affluent, Helene possibly managed to live off the assets until 1935. Subsequently, she was likely supported by her son Robert, with whom she lived at times in the villa on Parkallee. Since the daughter-in-law did not get along well with her mother-in-law, tensions arose, eventually resulting in Helene Bachmann moving out. She changed her place of residence several times, living, among other places, in a guesthouse at Klosterallee 5 and as a subtenant of Dölker at Loehrsweg 11. It is not known when Helene moved to the Jewish old peoples home at Schäferkampsallee 25/27. On 15 July 1942, she was deported to Theresienstadt, where she died on 21 Dec. 1942.

Robert Bachmanns son, Claus Henning, lives and works in Berlin as a journalist and music critic. The experiences in childhood and adolescence have left their mark on him for his entire life. The year 2008 saw the publication of his book entitled Freiheitsberaubung. Eine Vatersuche: Die Spur führt nach Auschwitz ("Unlawful detention. A search for the father: The trail leads to Auschwitz).