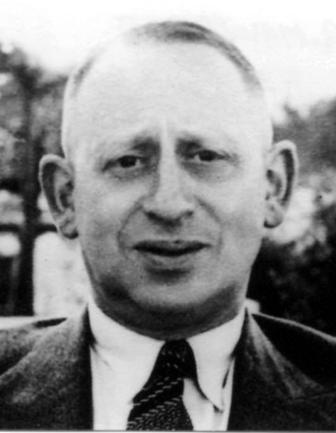 Manfred Heckscher came from an old-established Jewish family in Hamburg. His parents were the merchant Samuel and Friederike Heckscher, née Mathias. He had three brothers: Julius and Rudolf Heckscher were active in the lottery business; Caesar was, like Manfred, a jurist.

After his high school graduation exam (Abitur), which he completed with good grades at the Wilhelm-Gymnasium in 1904, Manfred initially studied in Munich and Berlin, then in Jena, where he passed the first state law exam in June 1907 with a grade of "good ("gut). In 1907/08, he did his military service as a one-year volunteer with the field artillery in Fürth (Bavaria). Afterward, he began his legal traineeship in Hamburg. He served at various law courts and completed his studies with the second state law exam on 13 Oct. 1911, achieving a grade of "sufficient/fully sufficient ("ausreichend/voll ausreichend). In 1912, he obtained his doctorate in Jena (topic of the dissertation: Die Ingebrauchnahme bestellter Auswahlsendungen ["The taking into use of ordered samples sent for collection]). That same year, he set himself up as a lawyer in Hamburg, initially at Schauenburger Strasse 50 in a law firm with Herbert Pardo, the Chairman of the Hamburg Portuguese-Jewish Community and occasional member of the Hamburg City Parliament for the German Social Democratic Party (SPD). Later, he relocated the law office to Neuer Wall 7074.

He participated in the First World War as a Vizewachtmeister [a rank approx. equivalent to deputy sergeant-major] and, at times, as a military hospital inspector in Brussels and Leuven, returning home after the end of the war with a variety of decorations: the Iron Cross Second Class, the Hanseatic Cross, and the Honor Cross for Front-Line Veterans.

Manfred Heckscher married the native of Hamburg Marie Catharine Bartholomae (born on 1 Oct. 1890). On the wedding day, she converted to Judaism and became a member of the Hamburg Jewish Community, in which her husband was registered.

Heckscher was entirely unsuccessful with a foray into the commercial field: For more than 100,000 RM (reichsmark), he and his partners built a cinema, the "Atlantik Lichtspiele, in Altona at Holländische Reihe 48 in 1929. Years of economic crisis were just beginning then, several leaseholders foundered, and in 1932, the movie theater was finished financially and was closed at a loss.

The economic losses are documented by the entries on the Jewish religious tax (Kultussteuer) file card of the Jewish Community, according to which Heckschers law firm contributed 52.05 RM in taxes in 1932/1933. However, in the following year, revenues rose significantly again, with 346.05 RM paid in Jewish religious taxes. In 1937, Heckscher contributed 541.88 RM. It was his last payment. For 1937, the Nazi finance administration registered a private income of 1,500 RM on average per month.

On 12 Aug. 1938, Manfred Heckscher was arrested and taken into pretrial detention. The charge was "racial defilement ("Rassenschande) with his "Aryan client Gertrud Grell (indictment by the Chief Public Prosecutor with the Hamburg Regional Court [Landgericht] dated 27 Sept. 1938, Az [file no.] 11 Js. 1070/38). Gertrud Grell (born on 30 July 1894), née Andresen, married to her second husband Heinrich Grell, had turned to Heckscher regarding legal cases on several occasions since 1919.

Together with her husband, who ran a homoeopathic practice in Hamburg for some time but also tried to get a position with the finance authority, she managed a commercial small livestock breeding operation in Bokel near Elmshorn, comprised of about 120 animals. She had been a member of the Nazi Party since 1932. Like in most of these cases, the charges because of "racial defilement were based on a denunciatory report to the police. The indictment against Heckscher came about in the course of convoluted, very difficult to penetrate quarrels between Gertrud Grell and her friend Gretchen Krümmel, who lived with the Grells as a tenant together with her partner, Bruno Schultze. The disputes between the two women, bitterly waged, had nothing to do directly with Heckscher at all. The matter revolved around, among other things, deposits not redeemed from the pawnbrokers in time, jewelry on loan, and money on loan (75 RM), as well as outstanding rent payments of Gretchen Krümmel to the Grell couple.

The conflicts initially climaxed in legal action for eviction against Gretchen Krümmel, which was executed by forced eviction on 27 July 1938. On 29 July, two days later, Bruno Schultze, who allegedly had had no right of residence with the Grells, went to the police and reported Gertrud Grell because of a relationship to Heckscher involving "racial defilement. The only "proof he provided was the following: Grell once received 20 RM from Heckscher, which she apparently commented to Gretchen Krümmel by saying, "And all that for just five minutes of sweet-talk.

The fact was that Manfred Heckscher had lent Gertrud Grell the sum at short notice when she ran out of money while shopping near Heckschers law office and she asked the trusted lawyer for help. The way the trial unfolded showed that the Nazi judiciary was not interested in finding the truth. No significance was attached to the statements of Manfred Heckscher and Gertrud Grell, who strictly negated any sexual contact. No significance was attached either to the receipt for the 20 marks lent. As in numerous similar cases, the judgment was set from the very beginning: the guilt of the Jewish defendant.
However, to this end it was necessary to prompt Gertrud Grell to confess. This aim was accomplished by the police, the examining judges, and the public prosecutor incessantly pressuring her. She was threatened with commitment to a concentration camp because of favors from a Jew; repeatedly, she was transported from Bokel to Hamburg at night for interrogations and taken into police custody whenever the persecutors did not like her statements. Faced with this pressure, she confessed initially, though recanting several times afterward.

In a letter to the public prosecutor dated 27 Aug. 1938, she swore "by God, the Omniscient to "never having had "any intimacies with Dr. Heckscher. These letters were suddenly missing from the files. Gertrud Grell continued to be willing to swear to Heckschers innocence before court, which earned her the threat of being charged with perjury. At the end of her tether, she jumped from the second floor of her house in Bokel, but survived without major injuries. At the beginning of the main proceedings before the Hamburg Regional Court (Landgericht) on 26 Oct. 1938, she refused to testify at first, eventually yielding to the enormous pressure, however, and accusing Heckscher under oath of the alleged crime.

In this way, Manfred Heckschers fate was sealed. The verdict dated 1 Dec. 1938 was as follows: "The defendant is sentenced to six years in prison due to repeated racial defilement. The court deemed this imprisonment necessary. The defendant is stripped of his civic rights for the duration of six years because of the dishonorable disposition he demonstrated (Sec. 32 of the Criminal Code [Strafgesetzbuch  StGB]). It was not possible to calculate the pretrial detention against the sentence due to the persistent denial by the defendant. Signed: von Döhren. Stegemann. Dauwes."

Since Gertrud Grell continued to protest Manfred Heckschers innocence even after the verdict, action on a charge of perjury was brought against her on 17 July 1939; however, the proceedings were already suspended again on 26 July "for lack of reasonable suspicion.

Manfred Heckscher was imprisoned in Detention Center 1 of the Fuhlsbüttel penitentiary. His attempts to achieve an appeal of the verdict (27 Feb. 1939) failed just the same as his application for reopening of the case (19 July 1940).

As early as 9 Nov. 1939, Heckschers wife Marie had written a desperate letter to the Ministry of Justice, asking for a quick decision "because the uncertainty about the future fate of my husband is driving me toward madness. Due to my grief, I have taken seriously ill for months and I am confined to bed most of the time. Her nerves were shattered, she suffered from acute gallbladder pain, and the doctors prescribed morphine to her.

In addition, Manfred Heckscher had submitted a plea for clemency with the Chief Public Prosecutor for forwarding to the Reich Ministry of Justice in Berlin (6 June 1939). He was able to guarantee in his application that a sum of 50,000 reichsmark in foreign currency from the Amsterdam banker Adolf Engelkes was deposited at the Berliner Bank, securing that his immediate departure from Germany was possible. Friends of his had made the money available in order to enable emigration, as they had in a few other cases.

First, however, various Hamburg institutions were asked for experts reports. The Sixth "Criminal Chamber ("Strafkammer) had no objections against pardoning if the convicted man served another one to two years in the penitentiary and then left Germany immediately. The Fuhlsbüttel penal institution concluded that "Mr. H.s conduct leaves nothing to be desired; he is hard-working, disciplined, and tidy. However, in light of the lengthy remainder of the sentence, the application is not supported. The Gestapo, too, as well as the Senior Public Prosecutor (Oberstaatsanwalt), and the Chief Public Prosecutor (Generalstaatsanwalt) recommended rejection of the plea for clemency, arguing that by Heckschers emigration, one was creating "a new enemy of Germany abroad that constituted a public danger. The concluding verdict of the clemency authority read, "H. does not show any remorse; as an intelligent Jew he is a danger to Germany abroad as well. Moreover, he has no foreign currency toward emigration.

The last sentence corresponded to the truth. Although Manfred Heckscher had paid the "levy on Jewish assets ("Juden[vermögens]abgabe) and covered the "Reich flight tax ("Reichsfluchtsteuer), he did not have any further reserves at his disposal. By then, the foreign currency guarantee by the banker Engelkes had become impossible because as a Jew, Engelkes had "lost his entire assets and his business after the invasion of the German Wehrmacht in the Netherlands and the occupation of the country in May 1940 (letter by the lawyer Scholz to the clemency division [Gnadenabteilung], 8 May 1941).

After more than 24 months in prison, Heckscher received a notification from the Reich Ministry of Justice on 10 Dec. 1942. The execution of the sentence was to be suspended. What looked like friendliness within the Nazi justice system was in reality a cynical maneuver: Manfred Heckscher was released, only to be deported on a special transport to Auschwitz. In the meantime, in Oct./Nov. 1942, the Nazi regime had in fact ordered to render penitentiaries and prisons in the German Reich "free of Jews ("judenfrei) by transferring Jewish prisoners to Auschwitz. There, Manfred Heckschers death was dated to 10 Jan. 1943. On 16 Feb., he would have turned 57. Half a year later, on 4 June 1943, his wife took her own life at the age of 52.

Son Gerd, forced to quit the Academic School of the Johanneum high school (Gelehrtenschule des Johanneums) for "racial reasons in Mar. 1938, afterwards had started an apprenticeship at the largest and most modern opticians business in Hamburg, at Campbell und Co, Neuer Wall 30. After the "Aryanization of the company, he had to quit there as well and was left without any vocational training. Although it was possible to save him on a "children transport (Kindertransport) to Britain, he was unable to cope both professionally and mentally in the foreign country. He suffered privations at the lower end of subsistence, became lonely, and was afflicted by chronic diseases such as diabetes, circulatory problems, as well as aches and pains in his arms and legs. In 1955, he returned to Hamburg, launching action for restitution.

The public prosecutors office dealt with the retrial, once filed for by Manfred Heckscher, posthumously acquitting him on all counts and thus rehabilitating him entirely.

Reopening of the action for perjury against Gertrud Grell did not take place because presentation of evidence was no longer possible due to Manfred Heckschers death.