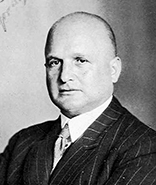 "Humiliated, dispossessed  fled by killing himself, these are the words inscribed in Gerhard Lassars Stumbling Stone in front of the building at Brahmsallee 39. He had lived there until he moved to Berlin-Charlottenburg shortly before his death. Another Stumbling Stone bears the same words, the one the University of Hamburg installed outside of its main building at Edmund-Siemers-Allee 1. The obituary his widow Margarete (Gretchen) Lassar, née Küller, wrote from 6 Jan. 1936 did not make any mention of his suicide: "Following a brief, severe illness, my husband Professor Dr. Gerhard Lassar left us it says. In the meantime we know that Gerhard Lassar took his own life with an overdose of sleeping pills. Their friend and family doctor followed the widows request and noted fish poisoning as the cause of death. The family took the version of "a brief, severe illness at face value, at times speaking of polio, other times referring to fish poisoning. However Grete Lassar did tell one friend of the family, Arnold Köster, the truth. She was afraid she might lose her widows pension and likely also wanted to avoid the social stigma more strongly associated with suicide back then than it is today.

Gerhard Lassar was born in Berlin on 16 Feb. 1888 as the son of a well-known Jewish professor of dermatology Oscar Lassar who had opened a private clinic in that city. He was Evangelical Protestant, but it is not known when he was baptized. His grandfather, Diodor Lassar, was a Hamburg businessman. After Gerhards birth, the family moved to Hamburg. Gerhard finished high school in 1907 at the Wilhelm Gymnasium, studied law in Freiburg and Berlin until 1911, and completed his legal internship in Berlin in 1914.

He fought on the front lines during World War I from 1914 to 1918 and was awarded several medals: the Iron Cross, 1st and 2nd class, the Hanseatic Cross and the Black Purple Heart. He commanded a combat unit, then was an artillery spotter for infantry units and later a company commander. In Mar. 1919 he fought against the Spartacists in Berlin and Lichtenberg, so likely in the Reinhard Volunteer Corps (named after Wilhelm Reinhard, general of the infantry, later SS-Obergruppenführer and Reichsführer of the National-Socialist Kriegerbund).

After the war, Gerhard Lassar first lived in Berlin. His "Aryan wife Margarete (Gretchen), née Küller, was a singer born in Graefrath, Solingen Distrtict on 4 Mar. 1885. After Gerhards death she continued to maintain close ties to the family of her husbands cousin who lived in Hamburg, the Jewish deputy justice Oberlandesgerichtsrat Arthur Goldschmidt, in spite of his racial persecution. His grandson, the retired Hamburg managing director of the senate Detlef Landgrebe remembered his "charming godmother. In his memoirs "Kückallee 37, he recounted being severely ill in the spring of 1944. "My godmother Margarete Lassar, widow of the Jewish legal specialist Dr. Gerhard Lassar, a cousin twice removed, saw to it that my parents were able to have me cared for at Anscharhöhe Hospital on Tarpenbeckstraße in Hamburg for two months. In spite of my status as a half-breed of the first degree, I had no difficulty being admitted  After the war, Gretchen moved to Düsseldorf to live with her sister and worked there as an alto.

The couple wed on 16 Sept. 1913 and had no children. In 1921 they adopted the war orphan Herwarth Grieske, born on 4 June 1916. He was called up for military service in 1937 but was given leave to study medicine which he finished with a doctorate. By the end of the war, he was a lieutenant in the medical service. He later immigrated to the United States.

Gerhard Lassar diligently pursued a very successful academic career as a legal scholar. He completed his doctorate in 1918 while home on leave due to an injury at Berlin University with a dissertation on basic terms of Prussian right of way laws. His postdoctoral thesis followed two years later with a study on reimbursement claims in finance and tax law. He taught at Berlin University as a private lecturer in the subjects of administrative and tax law as well as constitutional law until 1925, while also holding introductory lectures on jurisprudence. At the same time he worked for one year as an academic assistant at the Reich Ministry of Finance (19211922). During the summer semester of 1922, he also worked as an adjunct professor at the University of Münster. In 1926 he was appointed a regular professor at Hamburg University. He was forced to retire from that position at the end of 1933 due to the Law for the Restoration of the Professional Civil Service.

During the Weimar period, Gerhard Lassar was a prominent legal scholar. His research interests focused on administrative law and general constitutional law. At the same time he also wrote about English labor law and legal training. His comments on general police law written in collaboration with Bill Drews remained the standard textbook far into the post-war years. The editions published since 1933 have been revised and continued by prominent editors, the ninth and last edition having been published in 1986 (Drews,Wacke,Vogel, Martens: Gefahrenabwehr: Allgemeines Polizeirecht ,Ordnungsrecht des Bundes und der Länder). In his postdoctoral thesis, Lassar argued for a separate right to reimbursement under public law for wrongful property transfer between citizens and the government. In addition, he campaigned for improvements to legal protections from administrative action by the government. His arguments, derived from a fundamental constitutional view, largely anticipated todays legal situation. And his call for administrative law to be adequately covered during law school also was made part of the standard curriculum a while ago. His multi-faceted scholarly body of work which took an active role in shaping government policy was commemorated in 1958 on the occasion of his 70th birthday and honored with high praise from the two prominent professors Friedrich Schack and Gerhard Wacke. Both of them painted a picture of a "scholar with a wide range of interests. They also highlighted his "charming way with students. In June 1933 his students held rallies in support of him, and they did not stop until he asked them to.

His reactions to two offers to advance his academic career shed favorable light on Lassars character and his high professional ethic: He rejected being appointed to a full professorship in Greifswald because the position entailed becoming a member of the law examination board "to be revoked at any time which he could not reconcile with his academic freedom. Moreover, he refused to allow his adjunct professorship to be turned into a full professorship because he firmly believed that in times of need no existing position should be changed into a higher-paying job.

Lassars biography explains his desperation over the loss of his academic position and the accompanying exclusion from the circle of political and legal scholars which drove him to commit suicide. The inscription on his Stumbling Stone, "Humiliated, dispossessed, fled by killing himself, is an appropriate summation of his demise.

The day after his death, he was appointed to a position at the London School of Economics, as we learned from Gerhard Wacke. Wacke, who still assumed Lassar had died of a fatal illness, said he would have followed Lassar. That is unlikely, as we now know, because he had been notified of the appointment at an earlier date, and during a visit to England in 1935, he had refused to stay there and try to find a professorship in England or the Commonwealth in spite of his friends urging, a prospect that was not at all illusory. Köster, whom we have to thank for this information,  Lassar had visited him in England at the time  added: "His pride in belonging to a family established in Germany for generations and being a highly decorated officer of World War I meant he could not bear being a second-class German.