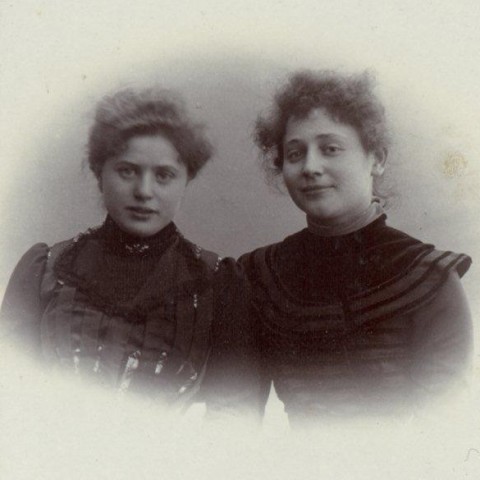 Hedwig Weiss was the second wife of the widower Alois Weiss. His son Rudolf, which he brought to the marriage, died before his father, as a young man. Hedwig Weiss gave life to two daughters: Marie (b. 1907) and Edith (b. 1912). The marriage of Marie, now Marie Burghardt, ended in divorce. During the 1930s, she and her children lived with her parents at Isestrasse 61, later on Oderfelder Strasse.

Susanne well-remembered her grandmother Hedwig with whom she lived for eight years. Alois Weiss owned a successful firm with his wife as his partner which imported and sold Chinese and Japanese art objects, such as vases and metal ornaments.

Alois died on 22 February 1937 in his home at Oderfelder Strasse. The family already at this point no longer lived on Isestrasse. Two weeks later the communal religion tax record gave their address as Eppendorfer Baum 10.

After the death of her husband, Hedwig Weiss, now fully responsible and as an independent businesswoman, continued to run the business which they had directed together for more than 25 years, on a reduced scale, with a few employees. On 20 January 1939, the firm "Alois Weiss, successors had to be sold. The buyer, Christian Jacobs, retained the old firm name. Even before this "Aryanization, the assets of Hedwig Weiss had been placed under a "security order.

At the beginning of 1939, the grandchildren traveled on a Childrens Transport to England. Susanne was almost eleven. Their mother Marie followed the children a month later. She had completed her training as a midwife in 1939 in England and as an English-trained specialist found a position in her new homeland. She was able, with a few war-related interruptions, to work successfully in her profession in Lincolnshire and have her son with her. In 1953 she went to Israel, where she again worked in her profession at the Naharya Hospital. She died there at 67 years of age. Her daughter Susanne and her brother still live in England.

In March 1939, when her grandson had left, Hedwig Weiss moved for the last time, into lodgings as a sub-lessee from Löwenthal at Rothenbaumchaussee 153. Probably this move did not take place voluntarily, but rather was arranged by the Jewish Religion Association (on orders from the Gestapo).

On 2 December 1941, she applied for RM 300 with the justification: "I need the money for purchases because I am to be evacuated. She included the "evacuation order as an enclosure. Her granddaughter writes that her grandmother was (very) assimilated and that she simply could not imagine an ultimate transport (a "final transport)

Four days after making her application, Hedwig Weiss together with her sister, Jane Seckel, went to her death in the Jungfernhof, the makeshift camp for the Riga ghetto.