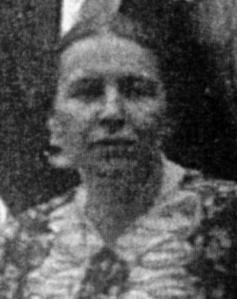 Alfred Alexander was born in Freystadt in West Prussia to Sally and Adelheid Alexander. After four years of primary school in his hometown, he went to a college preparatory school in Graudenz, from which he received his diploma. He then studied medicine in Berlin and Kiel. He passed the state examination in June 1913, and then spent a year of residency in the Averhoffstraße orphanage and the St. Georg Hospital. During the First World War, he worked at the Institute for Maritime and Tropical Diseases, which was used as a military hospital.

In December 1915 he married Franziska Grüner, who was born in Altona, the daughter of Flora and Ivan Grüner. In 1918 and 1920 their sons Ernst-Adolf and Bernhard (Bernard) were born.

In 1919 Alfred Alexander opened a general practitioners office at Reichenstraße 6 in Altona, on the corner of the Große Freiheit. The office and the familys apartment were on the second floor of this building. Their son Bernard remembers that the apartment, with its balcony, was the center of the familys life. The fathers income supported the family, and, according to a niece, the mother, Franziska, was an "ideal housewife.

But in 1933, Alfred Alexander lost his license to obtain reimbursement from public (state) health insurance funds because of his Jewish heritage. Since he had not practiced in the field during the First World War, he was not granted the same privilege as combat veterans, who were allowed to retain their licenses until 1935. The family was forced to move to Große Bergstraße 34. Alfred Alexander was still allowed to treat patients who paid directly, but the familys main source of income was the money from the sale of his life insurance policy.

Emigration plans for the entire family were impossible to put into practice. The sons were attending the Christianeum prep school. After his graduation in 1937, Ernst-Adolf went to the Higher Institute for Jewish Studies, a rabbinical seminary in Berlin. The Nazis had degraded it to a "training institute in 1933. Bernhard began preparations for emigration in 1936 by learning a trade and English. Both were able to immigrate to Shanghai in early 1939.

Their mother remained in Hamburg. "She had the chance to emigrate with us, but chose to face an uncertain future rather than abandon her husband, her son wrote in 2007. He lovingly remembered her "loyalty and strength of character under such impossibly difficult circumstances.

Alfred Alexander had been in prison since June 1936. On 11 September 1936, the criminal division of the district court of Altona had sentenced him to two years in prison and the loss of civil rights for four years. The charge was that Alexander had "performed obscene acts in the summer of 1935 on a girl who had approached him requesting an abortion (Art. 176, Reich Penal Code). A nephew recalls that Alexander, who was innocent of this accusation, had been warned and advised to emigrate as quickly as possible. He, however, still believed in the integrity of the justice system, and was convinced that the trial would bring the truth to light and that he would not be convicted. The judge handed down the verdict with the statement "A German woman doesnt lie. The sentence was extremely harsh. The prison term was finished on 19 August 1938, but instead of being released, Alexander was remanded into custody pending the outcome of another trial that was already in process. He was co-defendant in a large trial on the issue of abortion (Article 218). This article had caused a dilemma for physicians as early as the Weimar Republic. Giving aid to women "in difficulties brought not only them but also the women into conflict with the law.

The primary defendant in this case was a non-Jewish midwife. Alfred Alexander was charged with three cases of performing an abortion. He was found guilty and sentenced to three years in prison and the loss of civil rights. The two other defendants  Dr. Meyer, who was also Jewish, and Dr. H., who was "Aryan and a former SA physician, were sentenced to five and four years in prison and loss of civil rights, respectively.

The extremely severe sentences are an example of the criminal prosecution practice of the National Socialist justice system. Besides the fact that two of the defendants were Jewish, it was considered particularly damning that they refused to confess to the crimes, and that they did not plead any social or medical indications. Three weeks earlier, for example, a non-Jewish physician charged with 34 counts of performing an abortion was sentenced to only three years in prison. He had confessed and pled these indications. Considering the experience of his first trial, it can well be imagined that Alfred Alexander knew that he had no hope for such a verdict, and remained silent for this reason.

The trial is well-documented. What cannot be put onto paper is the memory of a "respectable man with a sense of social responsibility, who dedicated himself to helping so many people for so many years, as Bernard Alexander writes. The patients he treated more than 70 years ago can no longer tell us their stories.

All three of the doctors were sent to the Oslebshausen prison near Bremen. The conditions there were severe. However the guards there were not members of the SS but regular prison officials, and the prisoners were permitted to stay in contact with their families.

Franziska Alexander fought courageously for her husband. She collected all the necessary documents for emigration, so that she and her husband could follow their sons to Shanghai. She also submitted an official request that he be pardoned. It was futile.

She herself had been conscripted to forced labor at the Essig-Kühne company. She was forced to give up the apartment on Große Bergstraße in 1938. Her last residence was an apartment at Grindelallee 23, which she shared with a Mrs. Josias.

After his second term of imprisonment, Alfred Alexander thus had no home to go to. It is likely that he and his colleague Dr. Meyer, who also did not return to his residence, were transferred directly from Oslebshausen to the Hütten police prison in Hamburg in October 1941. Jewish prisoners who had been released were generally sent from there to a concentration camp. Fate was kind to Alfred Alexander, inasmuch as he, together with Dr. Meyer, returned to Hamburg. Dr. Meyers daughter reported that her father had been warned by a Gestapo officer to take advantage of his last chance to emigrate before he was sent to a concentration camp. Since Dr. Meyer had the necessary financial means at his disposal, he and Alexander were able to flee via Berlin to Spain and then to Portugal, and finally to Cuba.

Franziska Alexander remained behind. Bernard Alexander considered it possible that his mother was not informed of his fathers "travel plans for her own safety. When Alfred Alexander left Hamburg, he was firmly convinced that his wife would soon follow, as soon as she had the necessary documents. "I received a letter from Spain in 1941 from my father, in which he said that he was waiting for my mother, so that they could travel to Cuba together. It eventually became clear that that wouldnt happen. After Japans entry into World War II there was no more postal delivery to China.

As her husband was waiting to depart from Spain, Franziska Alexander received her papers for deportation to Minsk. Dr. Meyers non-Jewish wife, who had also remained in Hamburg, accompanied her to the assembly point at Moorweide. It is said that Franziska Alexanders last words before she left were "My men are in safety. That has been our fate for 500 years. Dont be sad.

Her 80-year-old parents Ivan and Flora Grüner, who lived near Franziska in Hamburg, had to cope with her deportation.

On 16 Mar. 1942, the two physicians departed from Lisbon, reaching Havana on 10 April 1943 after a turbulent Atlantic crossing. Until early 1943 they were housed in a camp for immigrants, where they were able to practice medicine. By this time, Alfred Alexander, emotionally and physically weakened, probably already had lung cancer. He spent six months in a city hospital in Havana, and the last six weeks of his life in a private hospital, with the financial support of an international aid organization for Jewish refugees. He died on 22 Oct. 1943 and was buried in Havana. His sons were never able to visit his grave.

Ivan and Flora Grüner were deported to Theresienstadt on 15 July 1942.