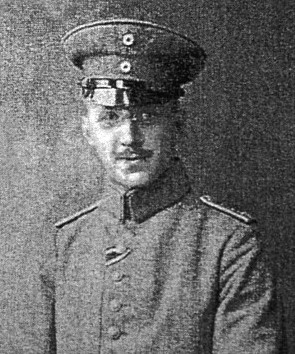 Max Fraenkel was born in Hamburg, the eldest of three children. His parents, Marie, née Deutsch, and Eugen came to Hamburg from Silesia as a young couple. They had abandoned the Jewish faith of their parents and had their children Max, Margarete, and Hans christened as Protestants.

The family lived on Alsterglacis. Professor Eugen Fraenkel taught and carried out research at the Eppendorf Hospital. By doing experiments on his own body, he isolated Clostridium perfringens (known in Germany as the Welch-Fraenkel bacillus), a bacteria that is the leading cause of gas gangrene.

Max Fraenkel studied medicine with an emphasis on neurology. He received his medical license in 1906 and opened a practice as a specialist for neurological disorders at Dammtorstraße 14. In 1914 he married Charlotte Sperber, who was related on her mothers side to the influential Petersen family, several of whom were mayors of Hamburg.

Fraenkel served as a chief staff surgeon in the First World War. He was awarded the Iron Cross 1st Class, and returned to Hamburg in 1918. According to his daughter, he once demonstrated his patriotism by engaging in a fistfight with some young men on the street who tried to rip the epaulettes from his uniform.

In the 1920s, the family built a house on Mellenbergweg at the edge of the Volksdorf Forest. There they not only hosted concerts, they also provided a music teacher and practice room, so that other children in Volksdorf could benefit from music lessons.

Erna Klingmann, who worked in the Fraenkel household, remembers the warm-hearted atmosphere in the home:

"Every summer the Fraenkel family celebrated three birthdays in a row. First Frau Fraenkels on 23 July, for which there was always a large soiree. Then a childrens birthday party for Ulla on 26 July. And then my birthday in August. I was allowed to invite guests to the house and celebrate. The doctor and Frau Fraenkel always left the house early in the morning and came back late. On the day before my birthday, I could get anything I needed for the party at the shops in Volksdorf.

Max Fraenkel was often called to the "Im Erlenbusch childrens home on Schemmanstraße in the evenings. The social worker Hilde Wulff had opened a private home for handicapped children here in 1935. Since Hilda Wulff sometimes secretly took in Jewish children, Erna Klingmann helped to supply them with food, which she carried to the home from the doctors house through the woods. Occasionally she also took children into her own small apartment. "When the neighbors asked questions, I told them they were children from the country, from the farm next to my parents. Erna Klingmann stopped these activities after she received an anonymous warning.

Although the Fraenkel family were members of the Protestant faith, they were assigned a different identity during the Nazi era. According to Nazi definition, the couple had a "privileged mixed marriage, since the husband was considered Jewish. The daughters were considered "half-Jews or "first class half-breeds. Ulla was to get her diploma in 1935, but had to leave her school before she finished. Ilse got her diploma in 1938. Although she was one of the best athletes in the school, she was not allowed be honored at the annual sports festival. Headmaster Hayungs softened this blow by announcing to the entire student body: "As we all know, there are among us excellent athletes who are not being honored today.

In 1933 there were 325 doctors who were registered as Jewish. All of them were banned from treating socially insured patients in April of that year. A glut of decrees, up to and including a ban on practicing medicine and on working in scientific fields (December 1938), thus affected every fifth physician in Hamburg. Many emigrated. Young doctors especially tried to make new lives for themselves in other countries. But Max Fraenkel was already in his mid-50s. At first he treated patients free of charge, but he was reported and the patients were penalized. He also had to give up his work as the house doctor at the State Opera. Max Fraenkel increasingly felt himself to be a burden on his "Aryan wife and his daughters. He spoke to family members about taking his life, in the hope that the family would be better taken care of with his doctors pension.

In March 1938 Ilse went on a school outing with her class to Berlin, and Ursula was in southern Germany at a training school. With both daughters out of the house, Max Fraenkel shot himself in his bedroom on the morning of 21 March 1938.

Max Fraenkels mother Marie Fraenkel, née Deutsch, was deported to Theresienstadt on 24 March 1943 at the age of 82. She was murdered there. His sister Margarete Kuttner (*1884) was murdered in the gas chamber at Auschwitz-Birkenau in November 1944. His brother Hans (*1888) emigrated.

In 1945, the city of Hamburg changed the name of the street Schaudinnsweg in Barmbek to Fraenkelstraße in honor of Eugen Fraenkel. Hamburg University honored his services with a bust.

In 2003 the confirmation class of the St. Gabriels congeregation studied the life of Max Fraenkel.