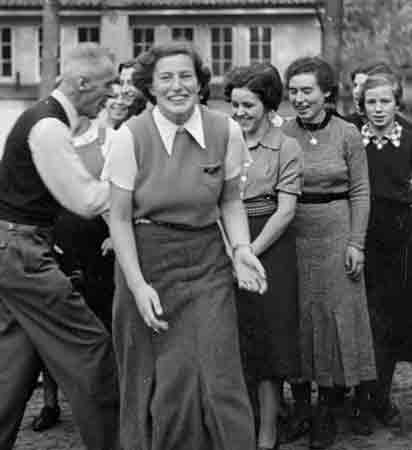 His sister Helga wrote in 1990, shortly before her death, to the district archive (Stadtteilarchiv) in Hamm: "By chance, it was also only several months ago that I received news from a woman living in Weil/Rhine that he had reported at every roll call until the very end. He must have been killed on the so-called death march.
Helga Arna, née Baruch, died in Tel Aviv on 17 Aug. 1991.